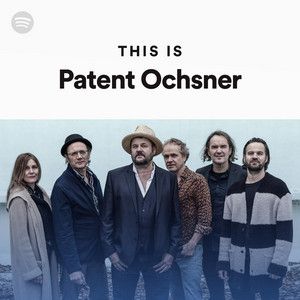 Spotify with new but controversial patent

Spotify received a patent for technology that aims to interpret user speech and ambient noise. Software is supposed to better match the music that its recipients listen to. The streaming portal filed a patent application in February 2018 and was granted one in January 2021. It involves speech recognition to determine users’ emotional state, gender, age and accent. Spotify has suggested that with this system it can promote personalized or presumed audio advertising content, but also music or podcasts to users based on personality traits detected in them.

According to the patent application, the company is developing technology that can extract voice intonation, stress, rhythm, and other speech units that would allow it to detect and categorize a user’s emotional state. Spotify has shown that behavioral variables such as a user’s mood with correlations such as favorite music genre and demographic information can correspond to different user personality traits. According to details published in Spotify’s new U.S. patent, the company wants to use the technology to “dig even deeper into the minds of its audience”. The new patent covers a method of processing a delivered audio signal that includes speech content and ambient, background noise. Spotify points out that it is also able to estimate the age of the recipient based on a combination of voice track length and pitch. Such components then come under scrutiny. The corporation explains that the media streaming app includes features that provide personalized media recommendations to the user. In addition, the system can be used to extract information related to gender and speech signals and represent them through a set of vectors called a feature. Features such as power spectrum density or frequencies at maximum power can provide streaming with information about our speakers.

Currently, the personalization of content offered by Spotify is done through demographic data that the user provides when signing up. After creating an account on the platform, the provider asks for additional information in order to narrow down the program offerings – for example, selecting a few artists that fit your musical taste. According to the platform, this data is not efficient because it does not require the user to tediously enter answers to multiple questions in order for the system to identify the listener’s music habits.

The patent for technology that determines emotional state is the latest in a series of patents granted to Spotify in the United States in recent months. In September 2020, a music app was granted a patent for a new feature offering to overlay music tracks with your own vocals. Two months after this patent was granted, the company obtained another patent that allowed the company to target ads using 3D audio.

Convenient patent not for the user?

The developing artificial intelligence technology seems to be useful only for large corporations. Human welfare remains on the sidelines. China’s facial recognition technology, now the ability to detect emotions are mechanisms that serve the interests of large holding companies. Could they be harmful to the recipient? These technologies are highly invasive, having a huge impact on our lives. For example, banks, when we log into the app, will want to probe our emotions. Once such data is obtained and properly correlated, it will be possible to draw huge conclusions. Whether such things are needed to personalize the offering? Will it actually be safe? Sooner or later, the data collected could end up in the wrong hands, and the algorithm could be used in the wrong way. Especially since the use of such mechanisms can generate huge profits.

Human rights organization Access Now sent a letter to Spotify CEO Daniel Eka. The nonprofit group noted that the recently patented algorithm for recognizing emotions, gender and age is a technology that violates privacy and other human rights. The Foundation points to the questionable nature of scientific research into the recognition of emotional states by electrical appliances. Even if the algorithm worked without problems, it puts users at risk. It could end up manipulating a person’s emotions in such a way as to encourage them to continue listening to music. The letter also identifies grounds for gender discrimination. Patent may not cover transgender and non-binary people. The authors of the letter point out that if we categorise people on the basis of gender, it leads to the deepening of gender stereotypes and creation of often fatal canons of understanding masculinity and femininity. Access Now points out that music streaming has enough of its customers’ data to personalize content, and the emotion recognition algorithm is redundant and not very secure.