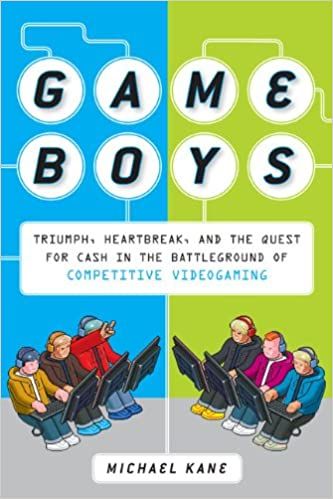 Despite the record popularity of social networking platforms, the pace of their development is slowing

Last year the number of social media users reached 3.81 billion, which means that every second person living in the world was active on social media. Meanwhile, it appears that despite the record popularity of social media platforms, the pace of their growth is slowing. Rich, developed Western countries are increasingly seeing an exodus of users from mainstream sites to vertical social platforms, especially sites for professionals. Social media giants are also not helped by conflicts with national governments, as shown by Facebook’s situation in Australia.

Social networks have quadrupled in size over the past decade. In 2010 social media were used by 970 million people, 10 years later the user base was not counted in millions, but billions. Last year, the number of active accounts on social media platforms exceeded 3.81 billion. – Since its inception, social media has grown steadily and spectacularly. Using social media platforms is one of the most popular online activities. We use them for both personal and professional contacts. The fad isn’t going away anytime soon – says Michał Bąk, CEO of Founders.pl, the online community of business people.

Michał Bąek’s words are confirmed by the data. The number of social media users will grow to 4.41 billion in five years, according to analytics website Statista. – It all started in rich countries. It is thanks to its popularity in America and Europe that the fashion for social has spread around the globe. Today the growth of the number of users is based on the inhabitants of developing regions says Michał Bąk, CEO of Polish platform Founders.en. – Someone will ask what about Europe and America? Absorption capacity is running out in these two regions. At the same time, in its current form, social media are no longer attractive to Western users, who are increasingly leaving the biggest social networks. A perfect example is the recent #deletefacebook campaign that erupted after Facebook banned media in Australia.

Facebook alone between 2017 and 2019 lost 15 million users, according to Edison Research. However, not only the social networking giant in this area is recording significant losses. In a similar situation may soon be other platforms, such as Twitter and LinkedIn. The #deletefacebook action perfectly reflects – how difficult situation social media giants can find themselves in because of their decisions. Facebook, which has blocked media and news content in Australia, has received a huge wave of criticism. The blockade was dictated by Mark Zuckerberg’s company’s opposition to the new law passed by the Australian government. According to her, online platforms such as Facebook and Google would pay the media for the news content published on their sites. Admittedly, the week-long blockade caused Facebook and Australia to sit down at the table to negotiate and establish mutually beneficial agreements, but it was not without public criticism.

– This is not the first time that Facebook has been flooded by a wave of mass account deletions. #Deletefacebook is a regularly recurring action expressing opposition to the company’s policy. It first erupted with the data leak scandal during the Cambridge Analytica case – says Founders founder.en.

If you don’t grow, you shrink

The outflow of users from the largest services is constant, as shown by Facebook’s own figures. Only in 6 months of last year the number of users of the biggest social networking platform in USA and Canada decreased by 2 million, from 198 million in the second quarter to 196 million in the third quarter. In Europe, Mark Zuckerberg’s company is admittedly not losing, but not gaining either. In 2020, the number of accounts on the Old Continent remains steady at 305 million. – The data shows that social media as we know it is reaching its ceiling. The lack of significant growth and numerous departures are the best example of this. This is because the largest social networks have focused too much on pleasing advertisers and not enough on pleasing users. A change in the social media ecosytem is coming – according to the founder of Founders.en – – The departures show that there is a demand for social media platforms, but in a different way. A similar situation took place on the media market. From newspapers, television or general portals, branch media have grown up, focused not on quantity but quality.

Will vertical social networks bring an end to their classical counterparts? According to Michał Bąek, instead of a violent revolution, a peaceful coexistence awaits us. – Vertical portal has completely different characteristics and different target audience. Social media mainstream stands at a crossroads and has trouble defining itself. Social media undoubtedly gave us a lot of good, but at some point the emphasis on commercialization became too strong. Today, feeds on many services are filled with ads or irrelevant content. The universality of these platforms, which is their main advantage, has also become their biggest disadvantage – notes Bak.

The future is vertical

A vertical social network is nothing more than a specialized social media platform. Unlike classic, horizontal sites, it aims to connect people with specific interests. In other words, it is a network designed for a specific category of recipients who want to share content and connect with other users with similar interest profiles. The number of friends, comments and likes is not important. – Social media are changing all the time, but not always in the right direction. They are voiced by everyone, and the result is a cacophony. In popular social media platforms, it’s easy to get lost among all the irrelevant. Valuable content is covered by what is sponsored. Entrepreneurs need and are looking for specifics – practical and useful information. At Founders we go in a different direction. We’re going back to the roots of social media, bringing it to our business community says Founders founder.en.

The website created by Michał Bąek and Bartosz Ferenc – experienced investors and creators of such brands as Sembot, CENTEO and the biggest online store in the industry – Mattresses for You is a perfect example of vertical social media. The site’s creators boast that by joining the Founders community.pl users every day have access to valuable content, and more importantly, contact with people with the same interests. This makes it easier to establish and create new relationships, contacts and even business partnerships. The example of the Polish service shows that vertical social networks have more advantages than horizontal platforms.

Is 2021 a good time for a new social network like Founders.en? Global Social Network Users 2020 report gives an affirmative answer. According to a December study, 3.23 billion people, or more than 80% of internet users worldwide, visited a social network at least once a month last year. In 2021 this number is expected to grow to 3.35 billion.

The example comes from across the water

The vertical social network segment is doing very well overseas. The examples of Behance, StackOverflow, Goodwall or ResearchGate are enough to show how dynamically this trend of social media is developing.

Behance is a network for creative people, allowing artists to showcase their work. Adobe acquired Behance for $150 million in 2012. StackOverflow, a platform for programmers where users can share their knowledge and experience related to coding. The service allows you to learn and share valuable content, while helping you advance your career. The most active users can earn points that build their activity history, which can be useful when applying for a new position. Goodwall, meanwhile, supports students in applying for scholarships, internships and even first jobs. ResearchGate, on the other hand, is a platform for scientists and researchers to share scientific publications, ask questions, or find collaborators. Founded in 2008 by a group of scientists, ResearchGate quickly became the largest site of its kind, with over 70 million unique users from around the world each month.